The Skeletakeover Is A Hit 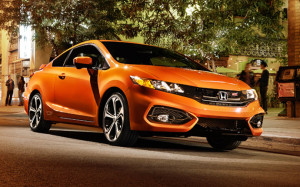 After making some great nostalgic toy commercials to support their Happy Honda Days Sales Event, the company felt a positive response. One of the videos features He-Man’s arch nemesis, Skeletor showing off a new Honda model. What happened next was something nobody could have predicted. Skeletor took over Honda headquarters.

The #Skeletakeover of Honda’s Twitter was a huge hit, and during Skeletor’s reign some hilarious posts were created. A couple of examples: “Checking out the deals on the Odyssey. Seems perfect toting a gaggle of messy minions.” And “@Sephora Got any deals on anti-aging creams for faceless mutants? Asking for a friend.”

Although the world is safe once more since Skeletor returned to Eternia, and the Happy Honda Days Sales Event is still on. Now is the perfect time to get a new Honda Civic. Skeletor would agree that this is a great idea, just ask his new BFF, He-Man. No, really, they’re bros now. Watch the video below for proof.

Our friends in the greater Lawrence and Lowell areas can take advantage of the sales event by paying us a visit here at Commonwealth Honda. We’ve got plenty of great models to take for a test drive.

0 comment(s) so far on The Skeletakeover Is A Hit